Getting back to new music in 2019 was really fun for me. During the first quarter I listened to five albums each week at random and then after that, I started listening to every new release of the week that was in the new release section on Tidal. I would listen to the first two tracks of every record and if I liked them, would listen to the whole album and if not, simply move to the next. That of course, leads to a shit ton of new music. And since my listening tastes are pretty eclectic, I feel like I can put together a pretty solid best of this year. Below is every album that I ranked 10/10 this year. Unlike my weekly reviews, this one’s in order starting with my favorite. Clink on the links to go back to my original reviews.

There are only four albums in this list ranked 10/10 that I didn’t review and it of course figures that one of them is my favorite of the year. I originally said that I didn’t think anything would beat the Lizzo record for me but here we are! I’ve listened to this record a lot over the last few months and it’s so quirky and unique that I felt I needed to really give this some love. I didn’t write about it because I really didn’t know what to say at the time. But I have to try now – I’m not sure if I should call these guys alternative something or other, ska, reggae, rock, pop – could be any or all of them really. But whatever you call it, it’s been 9 years since their last album and it was well worth the long wait. There’s jazz horns, African music, strings, choirs and well, tons of exciting surprises around every corner. It’s one of those albums that I could talk about for days but you’d really have to listen to it to understand it. So do that and spare me wracking my brain for more words on this unique record.

If you have told me that a Celine Dion record would be one of my favorites of the year, I would have went all Myles Garrett on your ass. But here we are. And there’s only two explanations. The first is that I’m getting old. I’m all-of-a-sudden in Celine’s wheelhouse. The other is that when Celine Dion comes calling for songs, you bring your fucking A-game. One of, if not the greatest voice of my era, commands only the best songs. And so, there’s really no reason this shouldn’t be fantastic. In fact, I have never listened to a full Celine Dion record before but frankly, every one of them is probably fucking fantastic. Because, Celine Dion. Because, Celine Dion.

This is the third of the four records I didn’t actually review but this one was because I discovered it far after the release date. On the surface, this seems like an odd pairing – Les Claypool from Primus and Sean Lennon – but it works so damn well. This is the second album from the duo and it’s got three elements to it; funky bass-driven material like you would expect from Claypool, Beatleseque songs like you would expect from Lennon and a psychedelic progressive vibe through the disc. The riffs are spectacular, the songwriting top notch and the pairing simply perfect.

The final of the four in the list here that I didn’t review, this new Gang Starr record is the best pure hip-hop release of the year and it comes from a dude that died nine years ago. Guru was one of the greatest of all time and well, the album title is right on point – this record is one of the best yet. I don’t rank albums higher on nostalgia and I don’t need to here. DJ Premier created the beats and formed songs using never before heard lyrics from Guru. The result is an album that would have been one of the best yet no matter what year it was released in. And in an era where rappers mumble their way through records, it’s nice to have the articulate Guru in my ears even if it’s only for one last album.

And there they are. A pretty solid year of music (not counting trap) if you ask me. In 2020, I’ll still be listening to the new releases each week but posting more on a track-by-track basis. And I’ll be expanding more Tidal catalogs out and taking some trips down the musical rabbit hole. Thanks for reading in 2019! 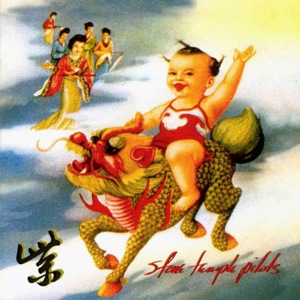 It’s week 43 of 2019 and I’m downloading music from the Tidal streaming service exclusively. Each week I sample the first 2 track of every new release on the service. If those 2 tracks are good I listen to the full record and then most of what I listen to you’ll see a review on below. If those 2 tracks don’t interest me then I move on.

Editor’s note: Got a couple questions where my reviews for 10/11/19 were and the answer is, there aren’t any. The releases on 10/11 were simply the shittiest set of albums of the year, so I didn’t waste any time. But this week surely made up for it.

In terms of the regular record, I thought Brendan O’Brien did a great job producing it originally but even so, with new technology, the music sounds so dynamic. “Vasoline” is one of my favorite tracks of all time and those unique opening riffs really blow the house down now. Eric Kretz’s fantastic drumming is really dynamic on “Lounge Fly” and twin rock attack of “Unglued” and “Army Ants” are truly brought alive with the new mastering. If you’re thinking about buying the disc just for it though, you’d have to know the album really well to have it make that much of a difference to you. But if you’re buying it for the extras, well, okay then….

The second disc is comprised of demo recordings of the songs on the record, showing how raw the tunes started out and while I’m not usually a fan of the gibberish guide vocals, it’s interesting to hear how Scott Weiland formed the melodies of the tracks but didn’t have real lyrics yet – like on “Meatplow” where he has part of the chorus down but everything else is just him establishing the cadence. And I just love hearing the early version of “Interstate Love Song” where at one point the music and Scott’s guide vocals don’t lineup at all and you can hear him pause and regroup.

The third disc contains a pretty great concert recording from New Haven, CT in 1994 on the Purple tour. At this point, they still only had two albums out, so you get all the tracks from the record live, except for “Kitchenware & Candybars” and all the best songs from Core. Thankfully, in retrospect, the band can pick out a concert where Scott wasn’t a fucking trainwreck – which made for a fascinating live show but probably not the best to put on disc as a release.

Die-hards like me, go ahead, get a physical version. Worth every penny. If you’re a casual fan, stream it.

But look, liking a Jimmy Eat World record comes down to if you liked Jimmy Eat World in the first place. I can’t picture the band is making new fans at this point but each record has been good enough to keep the band’s fans coming back for more. Despite the fact that that it seems like the band is kind of stuck in the mid-2000s, the music continues to be pretty damn fantastic. And Surviving is the best album since Bleed American. My only drawbacks to some of the last few albums is that they tended to get a little too slow and depressing at times. That doesn’t happen here. While there are a couple of tunes that are on the slower slide, even one of those (“Recommit”) is a slow burn that kicks in half way through the track to be a pretty epic rock song. The first half of the 10-song disc is fill with a bunch of great rock songs, it’s the last three tracks you need to hold out for. “Love Never” has this pretty awesome buzzsaw guitar riff that hasn’t been heard from the band before. Then there’s the aforementioned “Recommit” before ending the disc with another slow burner in “Congratulations.” The album closer starts off with a subdued rock energy that seems to be busting at the seams waiting to explode in a wave of guitars. Around the halfway point in this six minute tune, the song changes to just a creeping bass line before the band brings the rest of the instruments back in…before dropping the bomb in the final minute of the tune, with fierce guitar hooks, almost metal in nature or something like Rush put out on Clockwork Angels. It may very well be their most unique and best song in their catalog – which definitely pushes this album over the edge for me.