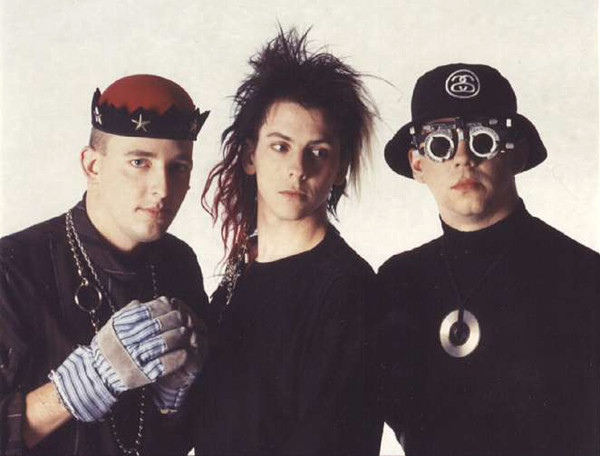 Ever watch one of those VH1, “one-hit wonders” specials, where the random D level commentators start talking about these artists that had one hit, where half of them actually had multiple songs that charted? Random commentator probably has no idea but then somewhere in there Matt Pinfield comes in with his “I’m smarter than you and probably no fun at all” persona and makes sure you know they had another song that charted exactly at #98 for one week in 1984. Well, I’m the everyman’s Pinfield but funnier and better looking. This series will go back to the 80s and spotlight one-hit wonders (in the US), real (truly only one charting hit) or perceived (other songs charted low but they are known for just one song) and come to a definitive verdict if we should accept or reject their status as that one-hit wonder.

Even choosing Information Society for this series was tough in my mind because they had multiple hit songs but my criteria is that multiple reputable outlets have called them a one-hit wonder and that’s happened here for one reason or another.

The core of the band (Paul Robb, Kurt Harland and James Cassidy) came together in the early 80s with Robb really being the mastermind behind the project. Robb was really into hip-hop and house music at the time and while there’s a hip-hop influence on a lot of songs, the house music influence is felt the greatest. Interestingly enough, Information Society were one of the rare non hip-hop artists on Tommy Boy Records as well. InSoc themselves though were a snyth-pop band though normally on the more freestyle / Hi-NRG end of the genre.

Their “debut” self-titled album in 1988 was their first full length but early on in their career they released two synth-pop EPs including one called Creature of Influence in 1984. They even had a single back then releasing “Running” which was good enough to be rerecorded in a slightly more polished version than the original.

They toiled away for four years after that EP though and it wasn’t until June of 1988 that the debut was released and was a smash right away thanks to the first single, “What’s On Your Mind (Pure Energy)” which hit #3 on the Hot 100 and #1 on the dance charts in the US.

By the end of ’88, the album had went gold thanks to being one of the most infectious discs of the era. What InSoc did so well was make house music for pop lovers. House certainly was a large part of the 80s but a bunch of the better house tracks were relegated to the dance charts due to bands focusing mostly on getting asses moving. Information Society took that and added tremendous pop hooks and sing-along choruses to really open up their potential fan base. Throughout their career they have maintained the same level of infectiousness without really repeating themselves, however the music world obviously changed around them in the early 90s and so their heyday was limited to a 2-3 year period.

The debut record had four total singles – the aforementioned hit, “Walking Away,” a ballad called “Repetition” and a great cover of the Abba hit, “Lay All Your Love On Me.”

InSoc’s second album (Hack) wasn’t as great as the first but was still extremely enjoyable. However, it got bad reviews and marked a departure from the sound of the first album. Harland pushed the band towards a darker synth-pop sound on a few tracks, while the rest of the band really wanted to continue on the path of the debut. It makes for a bit of a jolting listen at first with “Seek 200” beginning the album with more of an industrial vibe, followed by almost a pure pop song called “How Long” and then the single from the record, “Think” which sounded very much like the proper follow up to the debut. Growing up, I listened to both of these records like crazy, moreso the first since it was the most consistent of the two records. And although in retrospect it wasn’t much of tune at all, I was obsessed with the sample heavy electronic song, “A Knife and a Fork.” What the album lacked was a true identity. It ranges from industrial, to pop, to house and synth-pop without any barriers being put in place. I do like the album track-by-track but it can be a tough listen due to the constant style changes.

The final album of their original period was Peace & Love, Inc. in 1992. This was a more consistent record than Hack, though it upped the freestyle tenfold. Paul Robb wrote most of the tracks on the album, which meant a much better flow throughout. However, by this point, the entire music scene had changed and though the title track was a decent enough tune, InSoc lost any momentum it might have still had. There is also nothing stranger than the final track of the album, “300bps N, 8, 1 (Terminal Mode or Ascii Download)” which is supposedly a text file, encoded as modem tones, which when decoded tells the story of something that happen to the band while on tour. It’s three minutes of modem noise. Not kidding.

The band had released three more albums since that point with a highlight being “Beautiful World” from the Hello World record in 2014. The track is a cover of a Devo song and features Gerald Casale on this version. Overall it simply sounds like a remastered version of the original. (Editor’s Note: Thanks to Keith C. for pointing out that this was indeed a cover tune, so this is edited from the initial version).

All three records are decent and at least the last two really reflect the sound that the band had back in the late 80s with some technology advances. I applaud you if you even knew these existed though.

Verdict: The one-hit wonder status of Information Society is firmly rejected. It’s amazing to me that they are even considered that but once they hit a VH1 special, game over. “What’s On Your Mind (Pure Energy)” is the song that supposedly makes them a one-hit wonder but “Walking Away” hit #9(!) for heaven’s sake and “Think” went to #28, so they had not one but two top 40 hits after their first. Both of those tracks are awesome, so there’s no way InSoc should ever be labeled as a one-hit wonder.